Tent boxing at the Frontier Festival 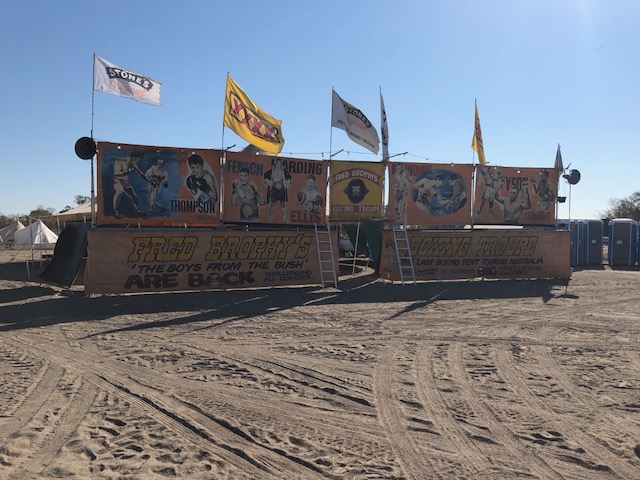 As part of his closing speech Will talked of why having Tent Boxing was important for the festival. During the period from the 1920’s through 1950’s our indigenous peoples were forced to live in settlements and unable even to travel to the next village to see their relatives. Tent Boxing therefore was one of the only ways that people could then travel and pass messages to those who lived beyond their own villages. Love will find a way !

The tent boxing itself was mad it started after midnight and was a theatre beyond imagination with the matching process and then the fights themselves in a crowded tent . The standard was not too great until the main event with the headline tent boxer a professional boxer named Conor Johnson the grandson of a legendary indigenous fighter named Bronco Johnson. Many of the tent boxers of old were also rodeo riders hence the names. Conor knocked one of his opponents out cold possibly because he tried to kick him at one point.