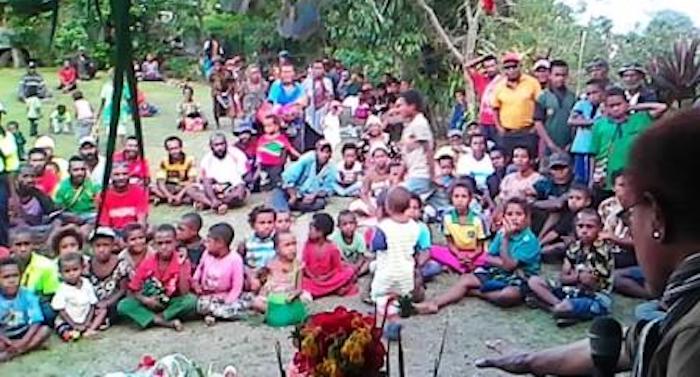 Late in 2012, I was contacted by Vicky Makeso from a Boxing Club in Port Moresby. She was chasing some second-hand boxing gear for the local gym because they had just one set of gloves for 30 students.

We sent a big box of stuff up to them, and then in 2016, she touched base again looking for second-hand rugby jerseys for a team from her native village in the Eastern Highlands.

I emailed my database and am proud to say we sent 60 adult rugby jerseys and shorts up before Christmas, and in 2016 we delivered another load. On the 24th July, 2016, I was finally able to meet Vicky and hand over 40 rugby jerseys, shorts, and rugby balls. Subsequently, our fabulous student Stelio said he would do brand new jerseys for the team, and these went up December in 2017 and in January 2018 I went to Goroka to do an official handover of the gear to the Kunai Hawks,  to be greeted by the most amazing reception.

This chapter is now completed but I aim to do more for the people of PNG as it is Africa on our doorstep. If you want to get an experience of a lifetime we can arrange for a very small cost an amazing adventure and you can do some really good at the same time.

On May 13th, 2016, we also handed over 40 rugby jerseys and 20 sets of boots to the Olympic Youth Development Centre in Lusaka, Zambia, for a team called the ‘Young Blues’. This soccer team is from a poor area in Lusaka, the capital of Zambia.